See the winning projects in the III edition of #hack4edu 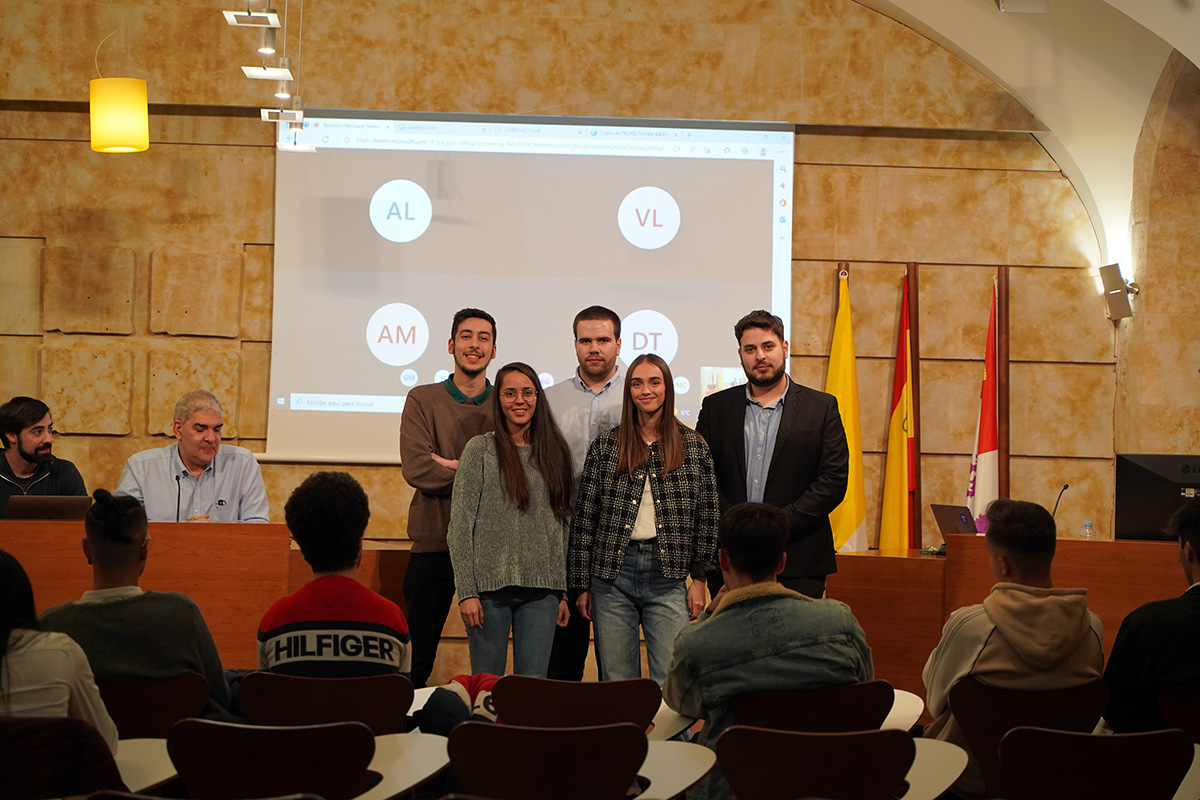 The third #hack4edu brought together 135 hackers from six countries and twelve universities to work for 48 hours on overcoming 37 technological challenges related to digital education in vulnerable environments. Read on to find out more about the winning projects.

“There’s no evolution without innovation”. The phrase, coined by one of the participants during the presentation of the projects, sums up the spirit of #hack4edu, the hackathon promoted by ProFuturo and the Pontifical University of Salamanca (UPSA) in partnership with the Telefónica Chairs Network and held for the third time between 22 and 25 November.

Blockchain, virtual reality, chatbots, artificial intelligence and robotics are just some of the technologies that the 135 hackers from 6 countries and 12 universities applied to the development of prototypes to tackle technological challenges related to digital education in vulnerable environments. It involved working against the clock, with only 48 hours to devise, design and programme the proposals.

In the senior category the first prize went to Games4Edu, a prototype devised by a team of Computer Science, Education and Communication students from the UPSA to innovate in the classroom with the aim of reducing school drop-out rates. This is a digital learning application hosted in Moodle and programmed through the Unity platform video game engine which creates an educational experience to bring new scenarios and universes into the classroom and attract the students’ interest through gamification and virtual reality.

In the innovative category, prizes were awarded to projects from the UPSA and the Federal Institute of Catarinense in Brazil. The jury’s grand prize in this category went to SmartChain (UPSA), a web application that connects students, universities and companies and, according to the jury, brings the concept of Web 3.0 to the world of education. The app uses a blockchain network and smart contracts to incentivise the students and teachers with tokens for completing academic challenges, giving classes and attending events which can then be redeemed in exchange for complementary courses and discounts within the university ecosystem.

The proposal would encourage the students to challenge themselves, generate an international community of university students, innovate in the teaching profession and measure and improve the universities’ results. It could also be used as a tool for financial education in the use of digital currencies in developing countries.

In the same category, which focuses in particular on the degree of innovation, prizes were received by YD Repente and Educhat, two projects developed by Computer Science and Technological Business Administration and Management students from the UPSA. The former proposes a voice-assisted web platform that provides teachers with tools to manage their emotions and thus improve their mental health. By means of a chatbot the teacher can perform a diagnostic emotional intelligence test and gain access to support resources. This prototype addresses a growing problem, especially in the wake of the pandemic. ANPE, the Spanish independent trade union, has recently warned of an increase in the number of cases of depression and stress among teachers.

As for Educhat (UPSA), it integrates a chatbot into the Moodle learning platform with the option of sending a form to Salesforce if it hasn’t been able to answer a question from a teacher or student. This tool, the most important pillar of which is data analytics, would speed up the response and optimise the human resources for attention in the digital classroom. 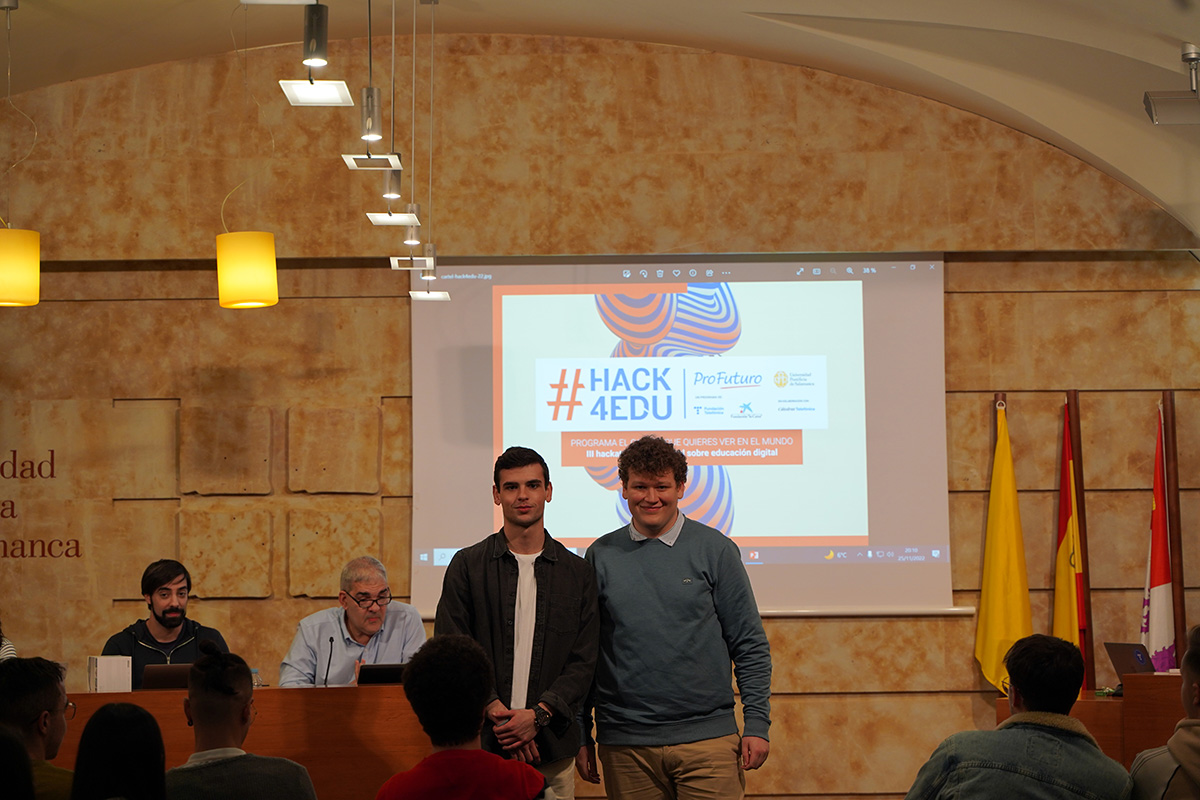 The third prize in the category went to EducAnalytics, a tool developed by a team from the Instituto Federal Catarinense in Brazil. It proposes a support system for decision-making in educational management, providing software capable of mapping and observing academic performance and the quality and difficulty of the learning and adapting to each teacher and student. This would help the teaching community and the school’s management to identify and correct potential flaws in the methodologies and thus provide more egalitarian education for the students by means of adaptive systems and active teaching techniques.

#Hack4edu also awarded two scholarships to projects developed by teams from the Technological University of Panama (UTP). One of them is called Shogun and it presents a prototype of an intelligent tutor to provide education about endangered bird species. This tool optimises the process of obtaining information and identifying the birds by means of a system capable of recognising their trills. It will help teachers and other experts in the field of environmental education to raise the students’ awareness of the importance of protecting wildlife and safeguarding endangered species.

Meanwhile, VMDJ proposes a teaching kit called TreeLearn, which introduces innovations into traditional teaching methods in rural areas in order to motivate the students through robotics. The prototype will serve as support in the practical teaching of subjects such as music and energy by means of robotised experiments with recycled materials. 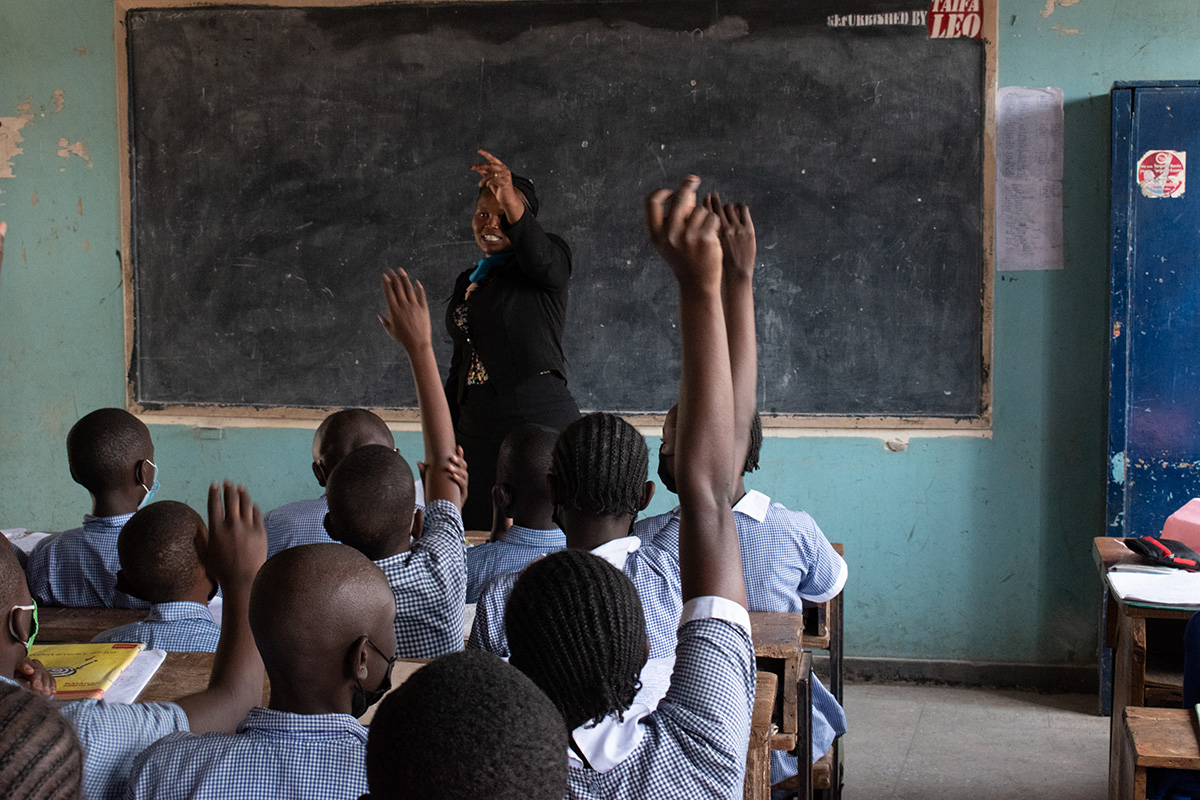 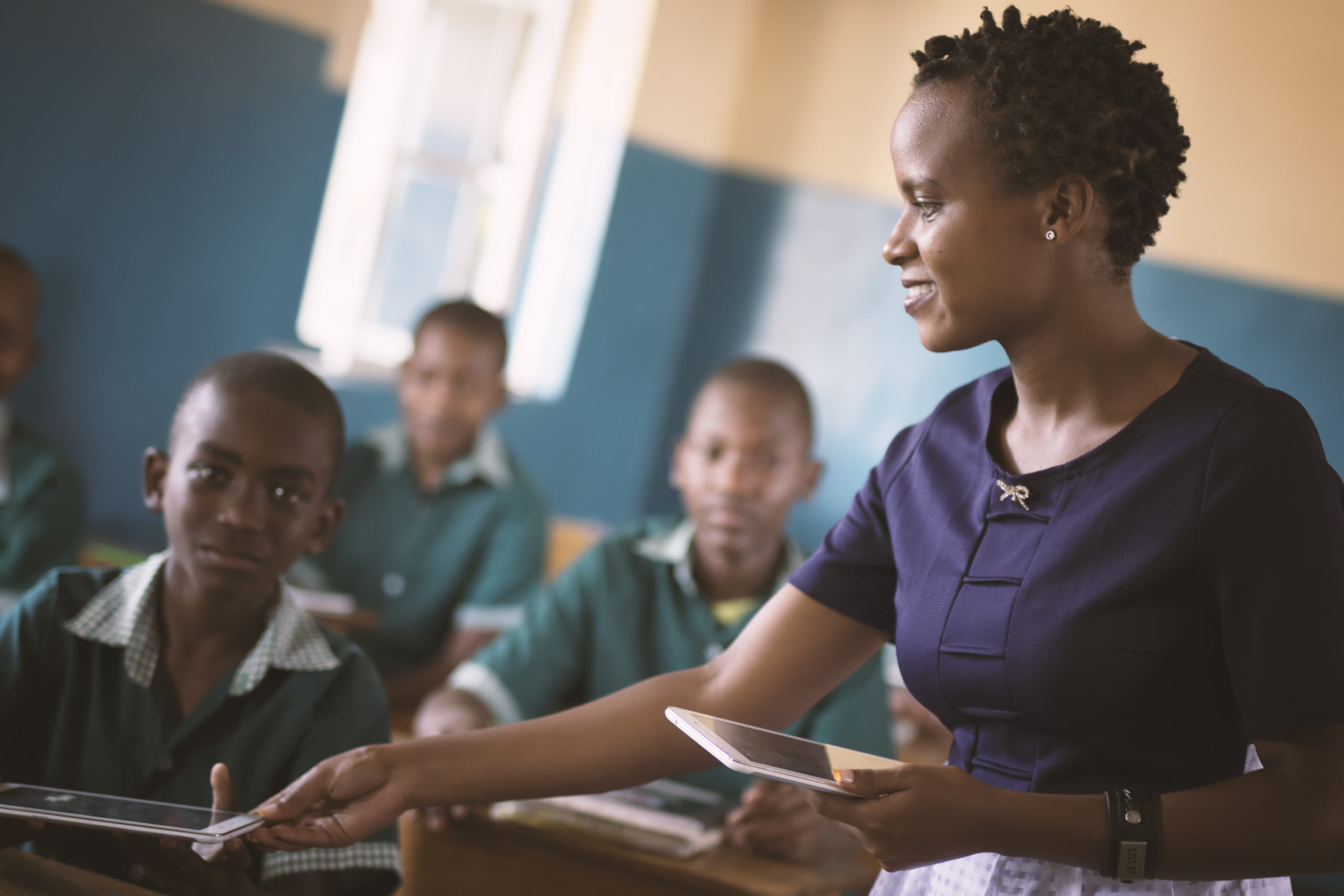 ProFuturo’s 2022 in the international publications 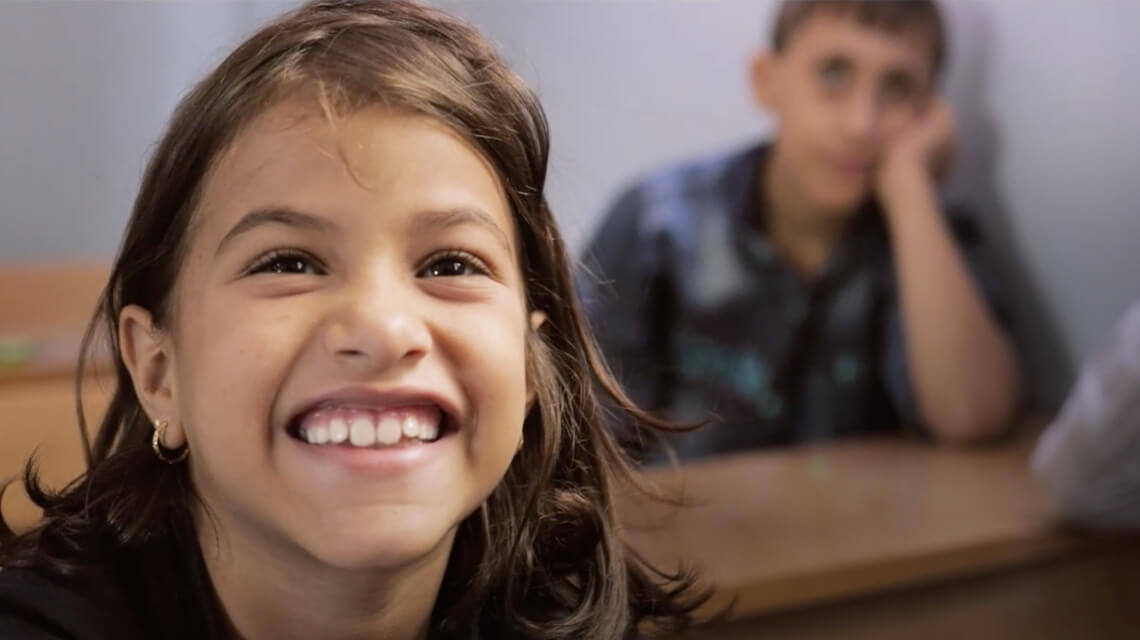 2023, more than just a date in education